We are nearing the end of Reconciliation Week in Australia (27 May to 3 June). In many parts of Australia it is entirely possible that this week comes and goes without much recognition. But for Aboriginal people it marks significant events in Australia’s history. For one, this year is the 50th anniversary of the 1967 referendum, which 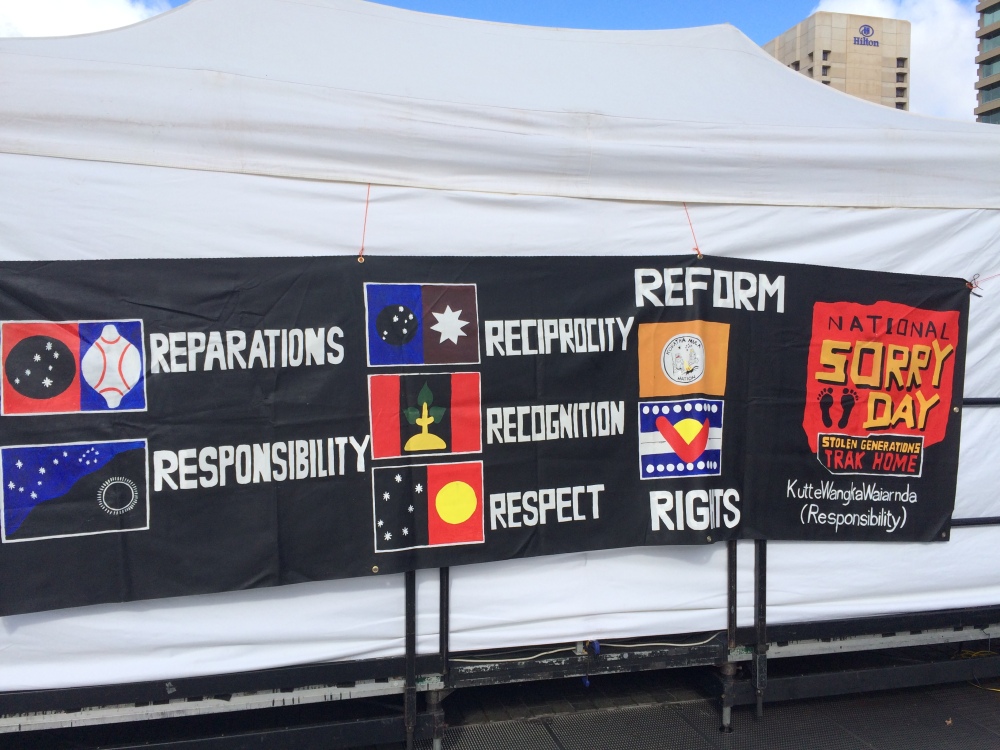 He posits that the United States by and large comes to terms with slavery as part of its story (with varying degrees of honesty), because it fits within a national mythology of progress. In his words:

The US is built on the idea of constant progress through individual liberty. It’s a nation that is never finished, never perfect, but always being perfected. Its historical scars are therefore not fatal to its identity. Indeed, they are essential because they allow Americans to tell a story of their own perfectibility. In these hands, slavery is not simply a stain, but a symbol of how far they’ve come.

According to Aly, Australia has a different national consciousness:

We’re not like that. We struggle with our history because once we admit it, we have nowhere to go with it; no way of rehabilitating our pride; no way of understanding ourselves. As a nation, we lack a national mythology that can cope with our shortcomings. That transforms our historical scars into fatal psychological wounds, leaving us with a bizarre need to insist everything was – and is – as good as it gets.

That’s the true meaning of the love-it-or-leave-it ethos that so stubbornly persists. We don’t want to be improved in any thorough way, because for us that seems to imply thorough imperfections.

Aly is tugging on a string that often doesn’t want to be pulled— how a nation understands itself as it reckons with the shameful parts of its history. When examining Aboriginal history, one finds parallels in US history most notably in the forced removal of Native Americans, enslavement of Africans followed by decades of discrimination against African Americans, and the insistence on assimilation into white American culture. If racism and white privilege may be more commonly talked about in the US, there is still a great need for reckoning with our history in terms of reparative justice and equality.